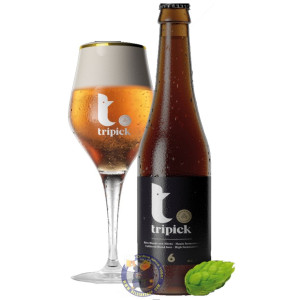 Tripick 6° is a blond beer with 6% alcohol. This beer has been fermented in the bottle and contains less alcohol and bitterness than Tripick 8, making it a more accessible and softer beer. Tripick 6 has a rich and subtle aroma with a lovely creamy layer of foam.

Joseph A. from USA bought this product recently.
And 13 other customers have bought also this product, and love it.
Customer ratings and reviews
Nobody has posted a review yet in this language
Rate it

It’s no secret that Belgians are fond of beers and for some of them the love for this famous beverage doesn’t end here … Fréderic Ambroise, Nico Leonard and Emmanuel Mewissen, three old friends, decided to take on the challenge to brew their own beer.

This is how a night among friends resulted in the addition of Tripick to the list of 100% Belgian beers. With its three kinds of hop and spring water, this blonde with high fermentation and the triple will definitely intrigue any beer lover!

Although the name might seem mysterious at first sight, it manages to arouse curiosity. In fact, Tripick is the combination of the word ‘trio’, referring to the three beer-loving friends, and the French word ‘pic vert, which means woodpecker, a well-known bird in the Ardennes region. This local touch can also be found in the logo of this Belgian brand where the ‘t’ of Tripick has the form of a beak.

The origin of the Tripick beer is also tied in with the wish to honour a particular region through the making of a new, typically Belgian beverage. With its sober and delicate glass bottle, Tripick respects the minimalist prescriptions and wants to be a beer that is savoured on any occasion.

Tripick exists for just eight months. However, it was already capable to put itself on the map as winner of the World Beer Award 2017 in the categories Lager and Strong. It’s a true honor for the proud inventors who see their craftmanship rewarded with the most beautiful beer prize in the world.

To be tasted without further delay… 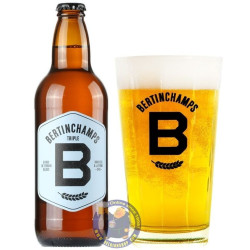 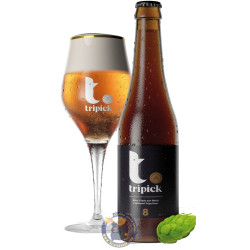 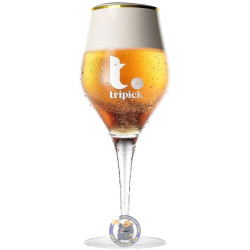 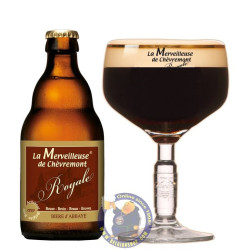 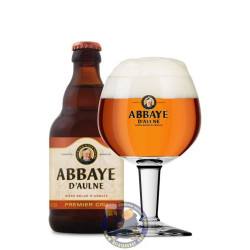 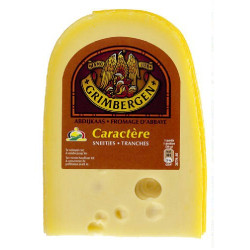 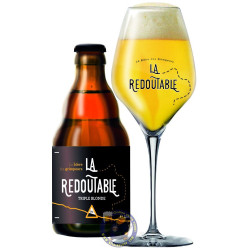 1 other product in the same category: