The beer that is known simply as Kwak is famous for being served in one of the most unusual glasses in the world.

More than two hundred years ago there was a small coachman’s inn in Belgium known as De Hoorn. It was owned by Pauwel Kwak, who first brewed his own tasty rich amber ale in 1791.

The inn enjoyed a good trade and a healthy profit until Napoleon unleashed his infamous Codex. Contained in this new array of laws was the stipulation that no longer could coachmen drink beer with their passengers. This was a blow to Pauwel, but he quickly came up with the idea of serving his home-grown beer in curvaceous glasses contained in wooden holders, which coachmen could easily hang from the side of their vehicle without fear of it splashing or falling over.

Thus the legend of Kwak was born. However the recipe for Kwak was soon fated to be handed over to the Bosteels brewery in the town of Buggenhout, which has been family-owned now for six generations. The brewing of this fine malty amber beer, brewed in the zuur Flanders style, remains with Bosteels to this day.

Kwak is 8% alcohol by volume. The fulsome froth leaves a lacy head before reaching the rounded sphere at the bottom of the glass, where the beer enjoys an enticing revival. There is a slight yeastiness to this beer, tingly and warming, easy to go down.

A slight hoppiness with a hint of dried fruit and a mild toffee punch, followed by a long, slightly fruity finish. The aroma of Kwak is mildly sweet and syrupy, but malt predominates. This beer, the colour of light chocolate, enjoys a lively carbonation. It is full-bodied, top-fermenting, reminiscent in some ways of barley wine. 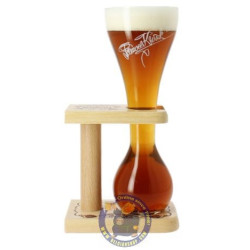 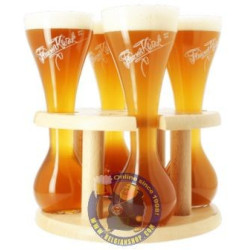 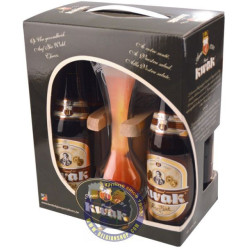 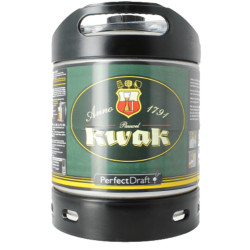