The seductive character of hops!

The hop is a sort-of “magic wand” in the brewing process – the mysterious, seemingly inexplicable ingredient that imparts such individuality to beer. It seems innocent enough - a beautiful, vine-like perennial that wraps itself clockwise around any means of trellis-like support, reaching for the sun in rapid spurts of growth, to a height of over twenty feet. Hops can grow as much as one foot in a 24-hour period. This is Humulus lupulus, the “good cousin” of the “black sheep of the family,” Cannabis sativa – that shunned hempen relative who has been outlawed in the United States since 1937.

Although they are in the same family, they bear virtually no chemical similarities. Resins produced by each plant are totally different, although Humulus Lupulus has been used as additives in hops pillows for insomniacs, and in tea for the treatment of stress and stomach disorders.

Hops plants are unisexual, or dioecious, meaning there are male plants and female plants. They produce a fluorescent green, cone-like flower, papery in texture. A healthy plant can yield up to 2 pounds of flowers in one season. Only the female cones are used for brewing, due to higher concentrations of the resins and oils that give beer its bitterness, flavor and aroma.

There are basically two types of hops: Bitter (or Alpha) Hops and Aroma Hops. Bitter hops have a high alpha acid percentage. When added to the brewing kettle at the beginning of the boil, these insoluble alpha acids are stabilized without changing their characteristics and become more soluble iso-alpha acids. This imparts the bitterness to beer – a bitterness that lends a crisp palate and even balance to the sweetness of the malts. The delicate aromas dissipate with the steam. That is where Aroma Hops “step up to the plate.”

Aroma hops have lower concentrations of alpha acids and a higher level of beta acids in an oil profile that imparts favorable aroma to the beer. It is used as a finishing or conditioning agent, one that is added to the kettle 0-15 minutes before cooling. This protects the fragile aromatics in the hops, maximizing the sensual qualities of “hop aroma and flavor.”

Dry hopping, which uses leaf hops, may be used as a secondary finisher – one in which hops are added to the fermenter in a second or third process, adding magical aromatics of a unique style and character. 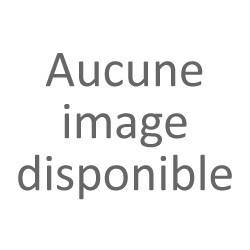