The Lambic family of beers

The winiest of all the world's beers, and specific to the Brussels area. There are several possible explanations for the odd name (which is spelled in a variety of ways), but its most likely origin is the small town of Lembeek ("Lime Creek"), to the immediate southwest of Brussels, in the heart of the producing area. A handful of breweries around Lembeek, Beersel and Schepdaal, all in the valley of the river Zenne, have persisted with techniques that pre-date the culturing of yeasts. Their brews are of the type seen in Bruegel's paintings, and represent the oldest style of beer readily found in the developed world. Lambic beers gain their tartness from a content of at least 30 per cent raw wheat in addition to the more usual malted barley, but their defining characteristic is the use of wild yeast. This "wild," or "spontaneous," fermentation imparts the distinctive acidity. The yeasts of the atmosphere descend into open vessels in the attics of the breweries, and the fermentation and maturation continue in wooden casks, some more than 100 years old, many previously used to transport wine. The casks, and the walls of the breweries, play host to a menagerie of wild yeasts. Elsewhere in the world of brewing, wood is today scarcely used in fermentation or maturation. While conventional ales ferment and mature for a week or two, and lagers for a month or two, Lambics may have two or three years. Most of these beers have a conventional alcohol content, in the range of 4.0 to 6.0 per cent alcohol by volume.

By Michael Jackson, the beer hunter 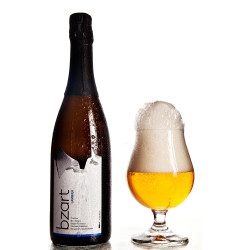 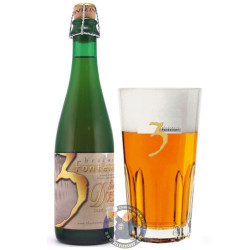 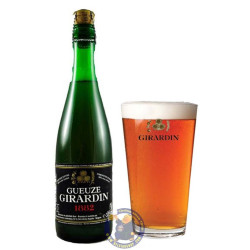