A study reveals an ancient brewery that existed during the Inca Empire was staffed by a group of elite women who were chosen for their beauty and nobility, according to the recent media reports.

This finding also adds to other evidence that women played a more crucial role in ancient Andean societies than history books have stated. The brewery, which was once located on a mountaintop in southern Peru, cranked out hundreds of gallons of beer every week. The 1,000-year-old facility was part of the Wari empire, which predated the Incas.

Some aspects of Wari society may have carried forward even to the present day, an assistant professor of anthropology at the University of Florida Susan deFrance stated.

Modern Andean drinking culture is unlike many Western societies, in which women tend to drink less than their male counterparts, she says. "There's a lot of equality in terms of how men and women drink in the highlands of Andes," deFrance says. "Women will get as rip-roaring drunk, if not more so, than men." 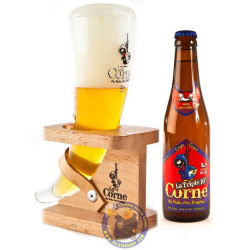