Beer making was big business for the monasteries for centuries. Monastic brewhouses were generally located near moving bodies of water, where grain mills were set up powered by the water. Many old type brewhouses from the 13th and 14th centuries were still intact until destroyed by the bombs of WWII. Old time beer making had variability; the first "sparging" (washing of the malted grain to remove sugar and starches) would produce the strongest ale, then repeated spargings would produce weaker ales out of the same batch. The first spargings would be the strongest tasting and the highest in alcohol. The lightest batch would generally be less than 3% alcohol and was called "small beer", suitable for light drinkers, and women and children (according to the prescripts of the day). But folks didn't just toddle around drunk all the time.

Life was not easy in the "old days". People worked hard and lived on poor diets. Beer was able to provide calories, B vitamins, and some respite with a meal or at the end of a hard day of labor. 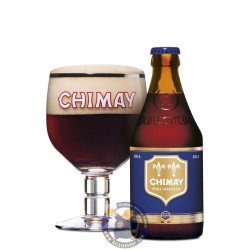