Fruited Beer or Beer for Women

"Just look at the beer drinking culture in Belgium. There is a wide range of fruity Belgian beers that are served in stylish branded glasses and you see a large number of women drinking these traditional styles of beer in cafes and bars," Paula Waters, the chairwoman of the Campaign for Real Ale said. What you failed to appreciate is that too many women equate the word "beer" with god-awful bland, fizzy, yellow stuff. You blew it because you didn’t mystify her, plus you offered her the worst thing imaginable. Women want class. You must subtly baffle her and sow curiosity. Ask which is her favorite: cherries, peaches, or raspberries. See, women are attracted to men who are experts on stuff other than repairing toilets and breaking things.There are several points to remember when discussing fruited beer. First, the term fruit--like cats, dogs, and horses--defines a group. We must look within to see all the species--apricot, boysenberry, cherry, et al. Second, each species has its own distinct characteristics that, when the species is used in beer, makes each beer different. Out of these differences spring individual beer styles. The Belgians are quite right to classify each beer made with a different fruit as its own style. We must also include in the stylistic mix the base beer to which fruit is added. For example, gueuze, lambic, and old brune (brown) are three Belgian styles. When cherries are added to each, the result is not cherry fruit beer, but cherry gueuze, cherry lambic, and cherry old brune. 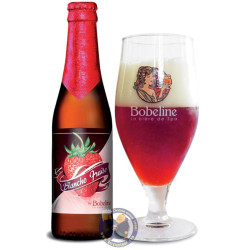 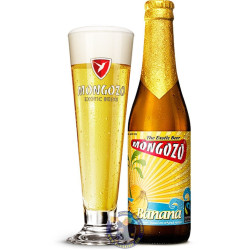 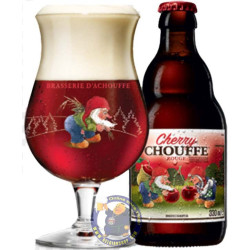