For beers with secondary fermentation in the bottle – beers with so-called “taste evolution” – yeast and sugars are added just before bottling, with the intention of producing more alcohol and carbon dioxide. This is, as it happens, the way in which small breweries that do not have the technology to saturate the beer with carbon dioxide during bottling, manage to get the right amount of 'fizz' in the bottle. Most brewers will rest the beer for a certain time (sometimes weeks) in a so-called 'warm room' in the brewery, to get the secondary fermentation going. The beer is then cooled and put up for sale. After the heat treatment the beer must be balanced again. It can take several months before the taste is just right. The yeast normally coagulates, forming a layer in the bottom of the bottle, so the beer is mostly clear. The bottles, of course, are stored upright, to prevent the yeast from remixing through the beer. The yeast does not normally influence the taste, unless the beer has sat for too long. In this case, the yeast cells are autolyzed (“self-digested” or split open), which gives the beer a rather unpleasant taste.The best way to serve secondary-fermentation beer is to pour it slowly into the glass without shaking, so that the settled yeast stays in the bottle. It cannot harm the health if this is done properly, but yeast influences the intestinal flora ('pulls through the stomach'), so you can expect it to come out 'soft' when you visit the toilet the morning after. 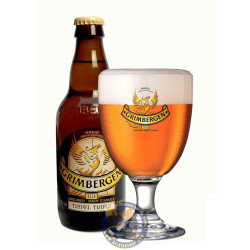 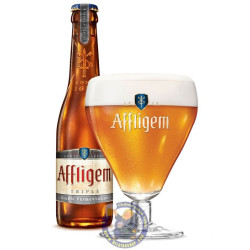 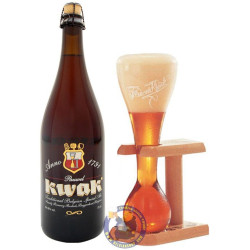