"Leute" means joy in Flemish, and "bok" is of course the "he-goat". A very interesting and funny name for a real double bock ale holding a whopping 7.5 % alcohol by volume. The name-play "bok-bock" is based on the fact that in 1927 the brewery had still several goats on its farm, where by-the-way also hops was cultivated. Unfortunately, when the farming was stopped at the brewery before WW II, also the bock ale was not brewed any longer. 70 years later, in 1997, the brewery started to brew the old ale back, and packaged it in very exceptional and attractive bottles, and presented an original tumbler glass at the same time. Paul Van Steenberge says that "all the natural good of the past" is now combined with the brewing and marketing knowledge of today. Leute Bok ale is a dark red heavy beer, top fermented and refermented in the bottle. The aroma and taste is unique and striking, not too sweet, but full and smooth on the tongue. The "official" denomination of the style is "Double Bock", since it is over 7 % alcohol by volume. Double is an identification of alcohol strength. Bock beer is originally associated with the Einbeck region in Germany. The tradition to brew double bocks was first seen in the Munich (Germany) area where it was presented every year as a winter beer. 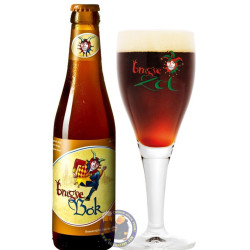 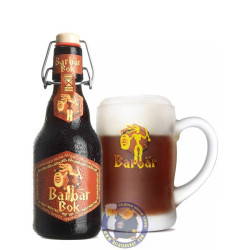 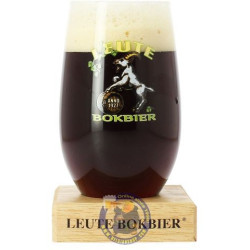