When a glass of beer, wine or spirits is drunk, the ethanol goes into the stomach and the large intestine via the mouth and esophagus.

There is an enzyme in the stomach wall – alcohol dehydrogynase - that breaks down a small quantity of the alcohol going through the stomach. The more alcohol broken down in the stomach, the less that gets into the blood. Women have less of this enzyme than men. People who are alcohol dependent and people who are taking certain drugs have less alcohol dehydrogynase in their stomach wall. This means that more ethanol will be absorbed into the blood.

The bulk of the alcohol ingested is absorbed around the large intestine and comes directly into the blood. A small proportion of the absorbed quantity of alcohol is removed from the body through urine, sweat and breathing. The breath tests done by the police for alcohol checks are based on the elimination of alcohol through the breath. Because some of the absorbed alcohol escapes through this route without being broken down, the breath will inevitably have a typical alcohol odour.

Most alcohol continues to circulate in the blood until it is gradually processed by the liver. As the blood passes through the liver some of the ethanol remains in the liver where it is broken down. The liver has various systems for processing ethanol which we will not go into here.

The rate at which the ethanol goes from the digestive system into the blood also depends on how full the stomach is. With an empty stomach it is a maximum of 15 to 30 minutes before the ethanol appears in the blood. If, on the other hand, the alcohol is consumed with a large meal, then the absorption of ethanol in the blood can be delayed by up to an hour. 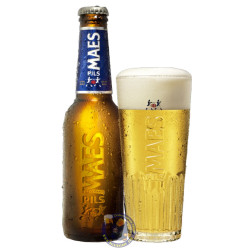