Chocolate is a rich, smooth, sweet mystery - an elixir that the world cannot seem to do without. Chocolate has survived the ages and remains best in its simplest, purest form.

The history of chocolate really began in seventh century Mexico. Although the cocoa tree had been growing for over 4,000 years, the Mayans were the first people to discover that the roasted seeds of the tree were edible. The Mayans prepared a beverage of ground-roasted beans mixed with spices and liquid, which was served cold and called chocolate. They believed this would be their refreshment in the afterlife, according to Brussels Chocolates.

Such folklore spread to the Toltec Indians who saw chocolate as a gift from their golden god Quetzalcoatl, and used cocoa beans as currency. Later, the great Aztec emperor Montezuma, continued this belief in the powers of the bean by promoting the custom in his court of drinking no less than fifty tankards of chocolate per day. Considering that the Aztec's brew was mixed with wine or fermented corn to create an extremely heady beverage, many believe chocolate contributed heavily to the fall of this empire.

In 1519, the Spanish adventurer, Hernando Cortez, arrived in Mexico. He was greeted as a god by the Aztecs and showered with gifts of gold, jewels, and of course, cocoa. Cortez was a clever and ambitious type and took little time to plunder the Aztec empire and sail home with his prizes. On the journey home, Cortez stopped to plant cocoa trees in Trinidad, Haiti and Africa, thereby beginning a one-hundred year monopoly for the Spanish.

Back in Spain, the new beverage was treated with the same original reverence, and only aristocratic families privately and discreetly enjoyed the chocolate, which was rendered a bit more palatable for European tastes by monks who added sugar and vanilla and prepared the beverage hot.

By 1615, the secret of chocolate was gradually filtering out of Spain, but the major event of that year was to introduce the coco bean to the world. Anne of Austria, daughter of the monarch of Spain, married Louis XIII of France, and soon chocolate was the rage of the French court. Intrigued by its exotic origins and by its rumoured aphrodisiac powers, the European community quickly accepted the chic beverage and demand grew. Soon the English and French had plantations and factories and chocolate became available to everyone. 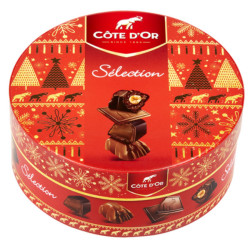 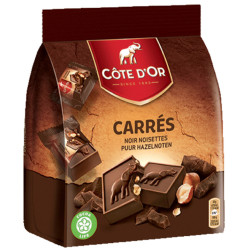 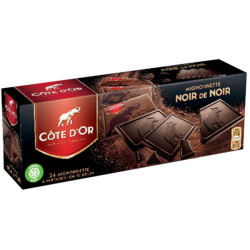 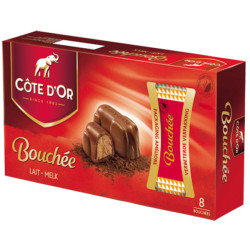