Leute Bokbier is a dark red heavy high fermentation beer that undergoes secondary fermentation in the bottle or in the keg. It has a very aromatic taste, not too distinctly sweet, yet full and mild in the mouth.

Leute Bokbier was first brewed by brewery Van Steenberge in 1927. In Flemish, 'Leute' means pleasure, and beer brings pleasure. The goat and the hops in the logo refer to the presence of goats on the then brewery-farm, with its adjacent hops fields. Unfor-tunately, along with the disappearance of the agricultural activities on the farm, the Leute Bokbier also disappeared. However, Leute Bokbier reappeared on the scene in 1997, exactly 70 years later. All the good of the past and the knowledge of the present are united in a unique beer.

Leute Bokbier is primarily noted because of the special tumbler with a wooden stand. After enjoying a few Leuteboks, it can sometimes become more challenging to aim the glass in the stand!

The annual production of brewery Van Steenberge currently amounts to 55,000 hectoliter, of which 30 % is lager and 70 % is high fermentation beers.

The brewery's contractual sales agreements with cafes account for 10 % of total sales, with the other 90 % going to the regular (specialized) beer trade, both domestic and foreign; 35 % of the appealing range of high fermentation beers is exported to 15 different countries, with Italy, the Netherlands, Spain and the USA being the biggest clients.

Progress means growth. That also applies to brewery Van Steenberge, which adds its own conditions: growth must be lasting and must remain verifiable, while retaining the independence of the business. 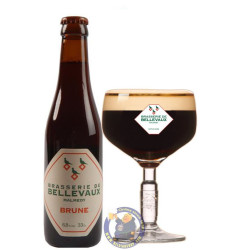 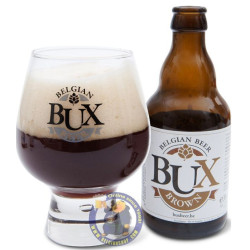 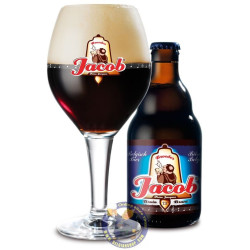