Beer drinkers, in general, are more extroverted than wine drinkers, according to a new study in Canada, and that could explain conflicting evidence about the health benefits of certain types of alcohol, such as beer versus red wine, RealBeer posted on October 29. The scientists at the University of Manitoba's Alcohol and Tobacco Research Unit in Winnipeg found relatively distinct psychological traits when they surveyed hundreds of beer, wine and liquor afficionados. The results were published in the Journal of Studies on Alcohol. Beer drinkers tended to be more extroverted and ego-driven, the wine drinkers less so, and spirits drinkers fell somewhere in between the two.

While it is clear that alcohol in general can aid cardiovascular health, the apparent advantages of one type of drink may have as much to do with the psyche of the people who consume it as the properties of the beverage itself, according to the report. "Wine drinkers might be more sophisticated; they might be more health conscious; they might eat healthy food and exercise," he said, perhaps drawing on stereotypes as well as research. "Whereas beer drinkers and liquor drinkers are more likely to be found sitting in the pub."

The conclusions on personality were drawn from a detailed survey of 1,257 Manitoba adults. Wine drinkers were the least extroverted and scored lowest on ego strength and on a scale measuring "sensation seeking" — a sort of quest for stimulation of some kind. Beer drinkers scored highest on extroversion, ego strength and sensation-seeking. They also scored highest on psychoticism — a tendency toward anti-social behavior. 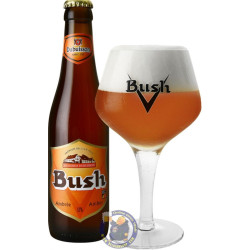