Somewhere in an out-of-the-way place of the Flemish Country, hidden between fields and forests on the boundary with the Netherlands, situated near the water of the "Tongelreep", you find the "Achelse Kluis". For more than three centuries this place has been hallowed by "Ora et Labora", pray and work, according to St. Benedict's spirit.

Already in 1656 there was in the isolated place of the land of Achel, belonging to Li?ge's Princedom, a place of prayer for the catholic people from the protestant Netherlands. Petrus van Eynatten, coming from Eindhoven founded here a community of hermits in the year 1686. From that time on the "Achelse Kluis" is a real jewel in the Capine's countryside, a center of prayer, contemplation and spiritual life. A tradition only interrupted by the expelling of the brothers from their convent by the French Revolution, but again continued by the Trappistmonks from the abbey of Westmalle, who founded here the St. Benedict-convent in order to live a life of prayer, labor and study in the spirit of the Cistercians-order. Waste land had been reclaimed, agriculture and cattle-breeding became prosperous. The community of the St. Benedictus-Abby or the "Achelse Kluis" (which means hermitage of Achel), got settled. Daughter-houses had been founded in Echt, Diepenveen, Rochefort and Kasanza (Congo).

After World War II one even started on the same place to build a new abbey. The old buildings had been partly broken down, but only two and not four of the planned wings of the convent has been realized. More than a century the monks of the Achelse Kluis were pioneers in the primary sector of agriculture and cattle-breeding (model-farm with a lot of first prizes) and handcraft (bakery, cheese-making, cabinet-work, forgery, printing-office, and a bras shop). After a failed attempt to get themselves involved in the secondary sector of industry, in 1989 the largest part of the agriculture grounds was sold to the Dutch National Forest Administration and the Flemish Region in behalf of the nature reserve and from that time the abbey is entirely committed to the tertiary sector of services (shop) selling books, CD's, religious articles, reception (guesthouse) and a small brewery 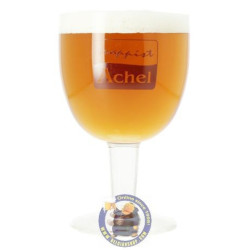 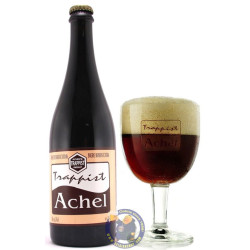 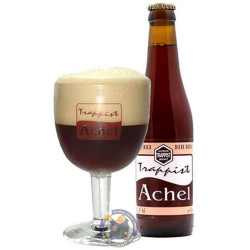 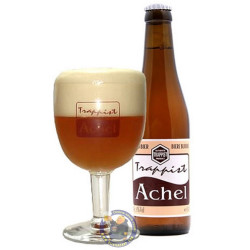