Brussels Beer Project - in a few words ? It's a collaborative project using co-creation to become more innovative & daring and to bring fresh air into a sometimes too conservative Belgian craft brewing scene !

The idea is to tap into co-creation and forget about the copy-pasting of the past. The brewers are proud to be born in 2013 and not in 1492 ! They breathe the contemporary Brussels, a cosmpolitan town that lives and evolves. The strength of Belgium has always been its wanderlust for flavours and taste - it would be a pity to rest on their laurels now. Since a few years, a new wave has come up - bold, creative, collaborative - that challenges the idea of flavours and taste. ...

In june 2013 (which seems already ages ago !) our community of Brussels' beer lovers picked the DELTA over it's 3 competing prototypes (Alpha, Beta & Gamma). In just 2 years and thanks to their partner, Bier Anders, you can find their beers in more than 150 bars/restaurants/stores in the capital and   in 20 countries in Europe and even further.

With their new urban brewery, situated in Dansaert 188, the brewers move on to the next level in co-creation and they invite you to discover their new flavour bombs. They'll invite brewers from all around the world to come experiment with them and push the boundaries of beer.

In Dansaert, the brewers wanted to create one of the most innovative breweries with  about 30 new recipes and about 750,000 bottles every year. On the menu : the whole spectrum from Russian Imperial Stouts to a mix of <<Old School>> Belgian with influences from the New World.

The community participates in the selection of the best creations of the brewery. Every year, one recipe will be promoted to their range of classics and will be brewed regularly by their partner, Bier Anders, so it can spread the word to a bigger crowd !

BEER FOR LIFE is their  annual crowdfunding club which give access to 12 beers ... every year ... for Life! If you're interested and don't want to miss the next wave, please send a quick mail to keepintouch@beerproject.be

Not only the financial support but also the positive energy their received from this great community has been overwhelming and will bring them even further ! They don't have the means of Big Industrials - so your enthusiasm & word of mouth allow them to take on this adventure and look into the future for wilder adventures ! 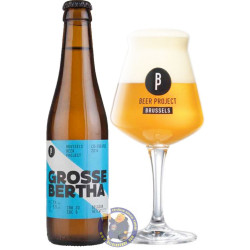 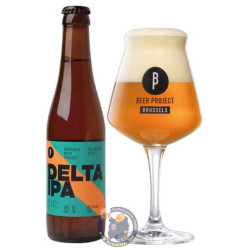 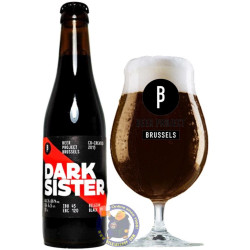 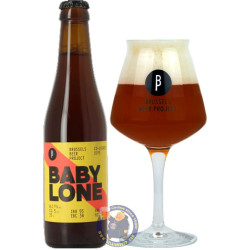