The red and brown beers of Flanders include ales such as Liefman's Goudenband and Rodenbach. Both of these examples are sour beers. In just about any other country, this would be considered to be a very bad thing. However, in Belgium sour beers (such as the Lambics described above) are actually treasured. Once again, the beer is soured using a wild yeast culture, and sometimes (as the case with Rodenbach) blended with a younger and clean fermenting beer. The combination of the beers makes for a sweet and sour taste, which may sound nasty, until you try it. Rodenbach is a red ale, but certainly not in the sense that Killians at Budweiser's Killarney's is a red beer. The color of the beer takes on a reddish hue, but with Rodenbach and Rodenbach Grand Cru the beer is quite tart and full-bodied. The tartness makes these beers excellent as dessert beers and as a good choice for marinades in cooking. If Saison and the fruit Lambic are considered champagne then the sour brown and red beers of Flanders are wine. Many years ago advertising for the Rodenbach brewery declared their as such. "C'est Vin!", declares an old ad, stating in French that the beer is wine. I believe Rodenbach's kinship with wine can be linked to the fact that both beverages are aged in oak. On average, Rodenbach beer spends two years in large Oak tuns, and the beer absorbs oaky tannins during this long process. Liefman's Goudenband is another example of "sour beer" that is a little less like wine and more akin to "wild" brown ale. Think of a Newcastle Brown or Samuel Smith's Nut Brown Ale (both from England) that has gone through a spontaneous "wild" fermentation. Wonderful brown ale flavors of caramel malt and nutty chocolate malt with a tart acidity. It is very different but worth trying! 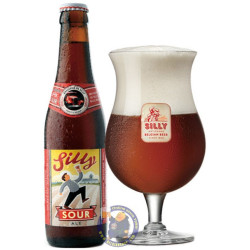 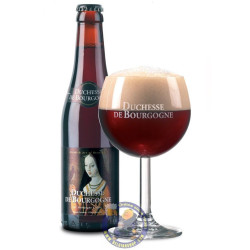 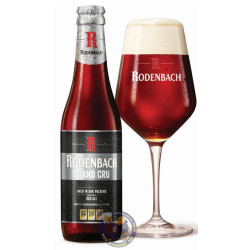 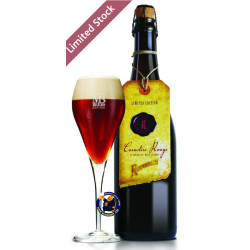